In France there is not only haute cuisine and funky fashion, but also excellent, creative craft beers. The French brewery La Debauche is causing a stir in the craft beer scene with a range of great beers comprising almost 30 different beers. Founded in 2013, La Debauche can look back on several years of craft beer experience that you can taste and see.

The five-person team behind La Debauche wants to brew characterful, surprising beers and likes to experiment in order to always meet this goal. The French are open to every brewing style and are only too happy to enter into cooperations with breweries they are friends with. This creates exciting, tasty beers such as Bubble Burst, which was created in collaboration with the team from Sudden Death Brewing Co. Another specialty of La Debauche are the barrel-aged beers. Thanks to the aging in old cognac, wine or bourbon barrels, the beer gets an incomparably fine taste and a strong color tone - a real aroma bomb that not only attracts beer connoisseurs.

In order to give a face to the uniqueness and specialty of their beers, the people behind La Debauche have come up with a concept that is not all that uncommon in the craft beer scene. Each beer is given a label specially tailored to its taste and character, designed by an artist. What is special is that you are not limited to graphic artists or painters when selecting artists, but also get tattooists, illustrators and collage artists on board. The result is an incomparable range of lovingly detailed, characterful label designs that are so beautiful that it is difficult to decide. From embroidery patterns to colorful, floral art nouveau paintings to gloomy lithography, everything is represented. For example, the La Debauche Bubble Burst label has a painting depicting a headless girl. It lies on the floor in the living room, with splendidly shimmering soap bubbles floating above it. Like a summer daydream, it represents the cool blonde that is hidden in the bottle. La Debauche shows a stunning selection of small works of art, captured on the small rectangle of a beer bottle label. 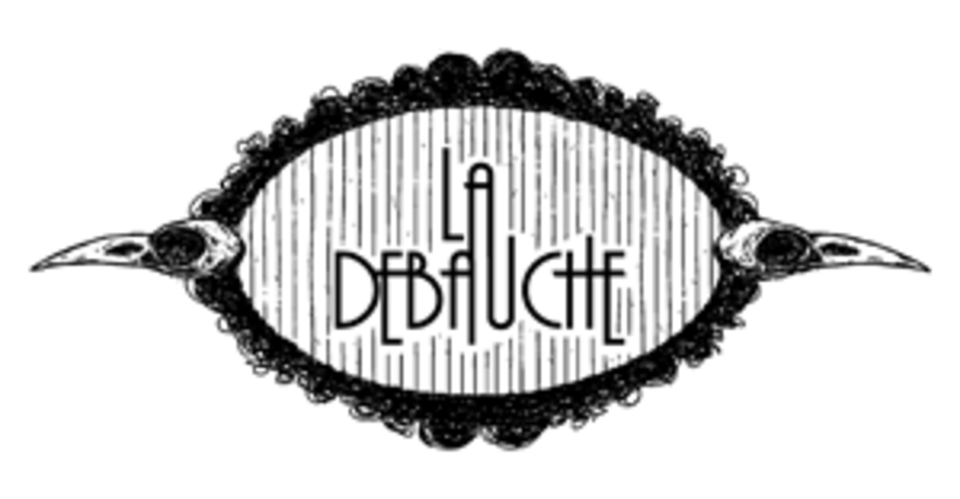