Unusual names are now part of the standard ABC of modern craft beer brewers. And hey, it's legitimate to have your illustrious range represented by a unique name. The small brewery Schoppe from Germany's colorful capital, however, shows that you can be fancy and still get by without big anglicisms and extravagant new words.

Real beer instead of bulk goods

Behind the simple name is a real avant-gardist: Thorsten Schoppe caused a sensation in the beer world years ago and practically raised the craft beer movement from the cradle. At some point the inspired brewer got tired of large-scale brewing and remembered the craft roots and the original art of brewing. Boiler instead of computer was the motto that ultimately led Thorsten to start his own thing. Since then, the humorous motto “hops, malt and muscle lard” has been in effect, which perfectly describes the small-scale production. Excellent beers are carefully handcrafted from selected ingredients of the finest quality. Real craftsmanship, authenticity and the roots in their brewing home are extremely important to Berliners. Not as important, however, as that the best beer is produced in the end. Taste has priority and the ultimate goal is to free beer from the threadbare shackles of industrial breweries. The hip brewers stand for more diversity and are taking the craft world by storm. Beer should no longer be just beer, but rather a luxury product that stands for itself with its aromatic composition, variety of flavors and individuality.

The honest concept of the Berliners is well received and it comes mainly in the bottles: Behind the stylishly designed labels there is only “extraordinary” beer, spiced with a powerful pinch of Berlin. The mash paddle has been wielded at Schoppe since 2001 and the wide range of the capital's brewery now includes more than 15 types of beer, and the trend is steadily increasing. The demand for creative, unique and young beers is great and Schoppe Bräu is happy to meet them. No Juice , Hangover Breakfast and Holy Shit Ale are three of the best-known - and most popular - representatives on offer. In addition, the brewery recently launched a whole range of organic beers that are sold under the Schoppes Bär label. Organic barley malt and hops are turned into organic beer with a first-class taste and a clear conscience. Another highlight on Schoppe's beer shelf is their brut ale : the finest top-fermented ale is fermented with exclusive champagne yeast to a sparkling masterpiece and stuffed with the highly aromatic Hallertauer Blanc hops. The result is an extremely fine beer that can stand up to any champagne. 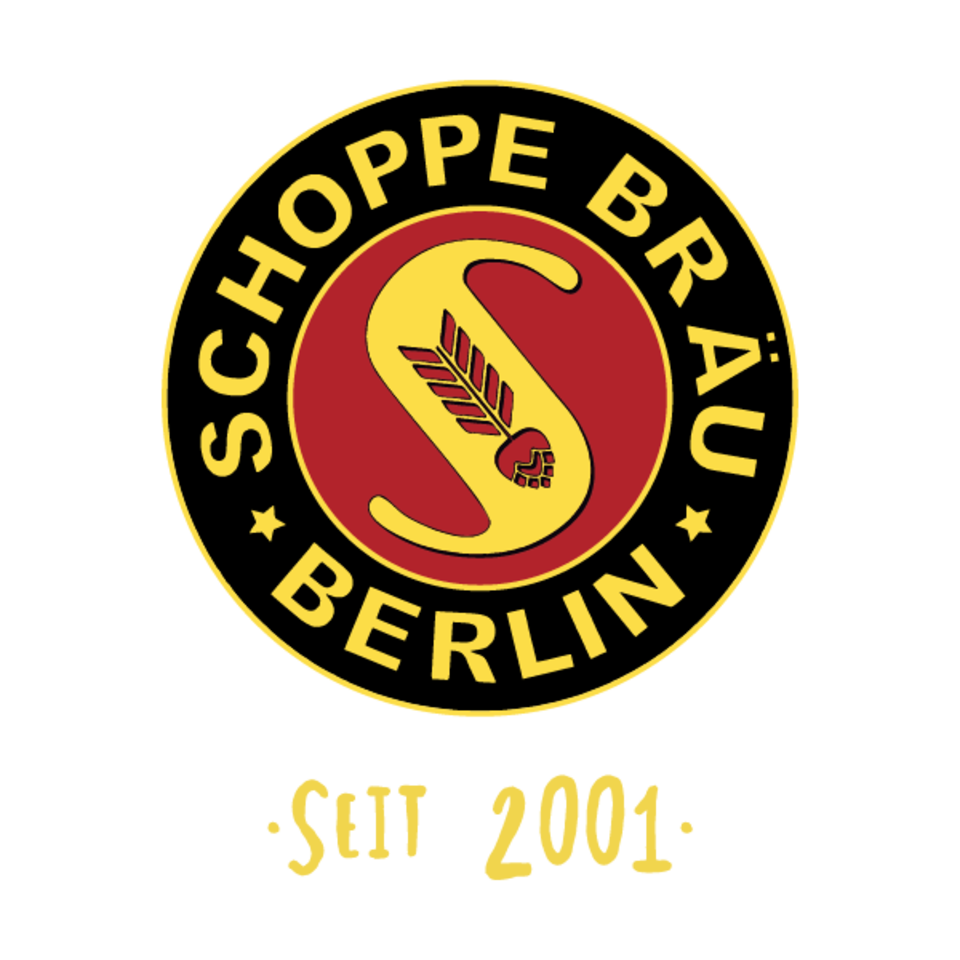