If you're in the United States and looking for fresh, organically grown vegetables or fruit, artisan cheese, vegan jam without gelatine or similar additives, hand-sewn clothing, or fancy kumbucha, the best place to visit is a Farmer's Market. Local producers congregate there to sell the fruits of their labor and there are plenty of people selling homemade delicacies or hawking things they have produced themselves. In Germany, this can best be compared to the weekly market, but the DIY culture and the great diversity in the products are not quite as represented here as in America. Why are we telling you this? Because the Hudson Valley Farmer's Markets are the home and origin of the great brewery we're about to introduce to you.

From the farmer's market to the craft beer business

It all began in the small, idyllic town of East Fishkill in upstate New York: in 2011, friends Adam Watson and Justin Taylor started brewing beer for their friends and family. Before the loved ones were allowed to taste the brewing trials, however, the two beer enthusiasts tinkered, experimented, brewed, designed and discarded countless recipes. They didn't want to release their beer for tasting until it was perfect in their eyes (and mouths). With a lot of attention, dedication and passion, they managed to put together a small but fine range. Friends, relatives and their families were completely enthusiastic and sales at the region's Farmer's Markets could begin. The two opened their first own production facility in 2014 in a barn in Elizaville before the time finally came in 2018 and Justin and Adam were able to open their own brewery.

The name Sloops Brewing comes from the sloops that traditionally transported goods and people down the Hudson. The special boats were specially designed for this river and dominated river travel on the Hudson for decades. The efficiency and speed of these boats fascinated Adam and Justin so much that they named their brewery after them. As part of a growing economy in New York's more rural areas and an active member of the craft beer movement, they felt the same dynamism and progressive spirit of the Sloops. The river can also be found in the logo of the brewery: surrounded by a blue ribbon, the sun shines in front of a majestically set sail. The brewery's range includes a number of handcrafted craft beers that score with grandiose amounts of hops and even more taste. 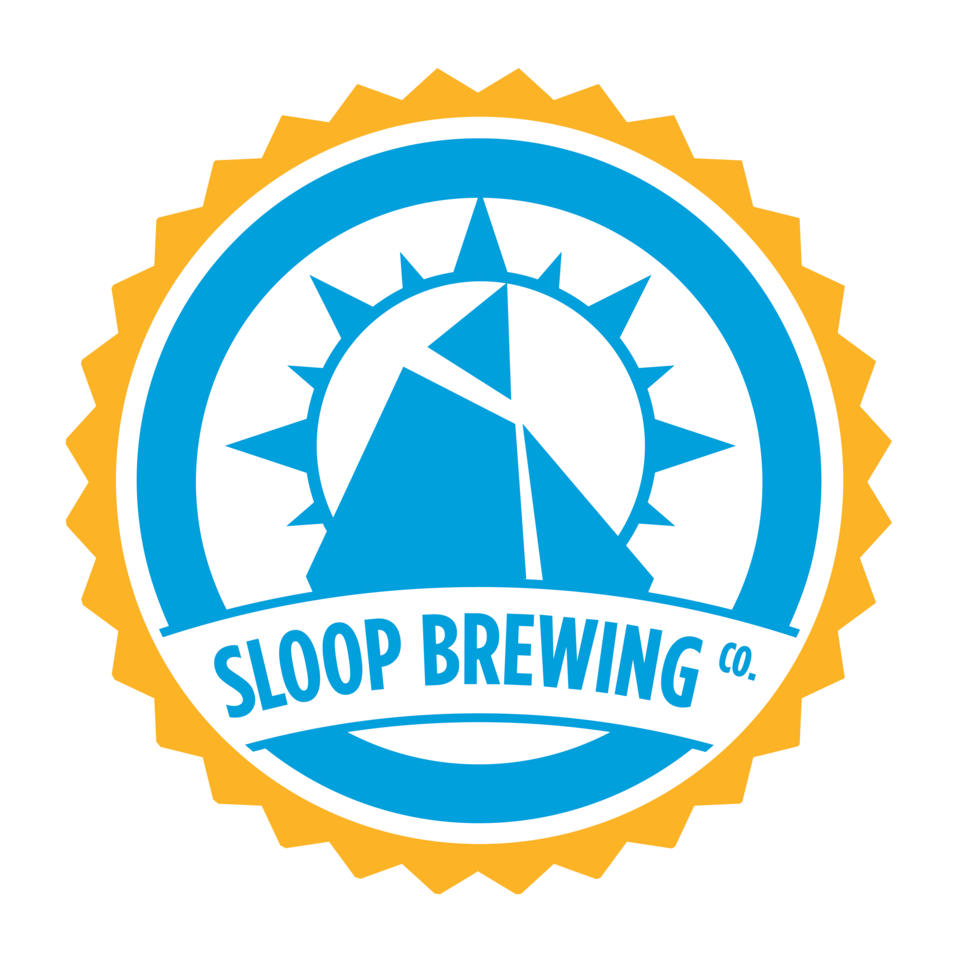