There's not much going on in the tranquil town of Mellor Brook: there's a bakery, a community center and fewer than 3,000 residents. The village has nevertheless made a name for itself in Britain and the world and it's thanks to Thwaites Brewery.

The Thwaites — a beer loving family

The traditional brewery from the north of England goes back to the former Eanam Brewery. In the early 19th century, Daniel Thwaites first became a partner and then the sole owner of this brewery. After his death, his three brothers take over the company and add another brewery to it. After the retirement of his siblings, first Daniel and then Elma Thwaites are at the helm of the company. Over the years the brewery has grown and prospered, constantly adding to its range of fine English beers. Expensive expansions are carried out to bring the brewhouse and brewing system up to date with the latest technology. The brewing business is booming and the creations of Thwaites Brewery are not only causing a stir on the national beer market. The good beer is showered with prizes and the brewery not only grows with more breweries, but also buys and builds hotels, inns and pubs where this fine beer can be enjoyed.

From coach horse to pet

A piece of tradition and a glorious past are the Shire horses. This particular breed of horse is characterized by its enormous size and strength and was primarily used as a draft animal in Great Britain. At Thwaites Brewery, these majestic behemoths pulled the keg carriages and patiently supplied whole swathes of delicious beer. Horses are no longer needed to bring the beer to the people, but the animals are simply part of the Thwaites family and are still kept and cared for at the brewery to this day. Thwaites Brewery employs a number of horse keepers whose sole concern is the welfare of the gentle giants, as well as making sure the animals arrive well rested and on time for their performances at the brewery, hotels and pubs. In addition to this relic of the past, the beer also represents the work, dedication and diligence from more than 200 years of brewery history. Creations such as Crafty Dan's 13 Guns combine brewing tradition and modern, innovative ideas and show that the team at Thwaites Brewery honors its roots while still boldly stepping into the future.

Find the good beer from Thwaites Brewery here with us and treat yourself to an authentic sip of England! 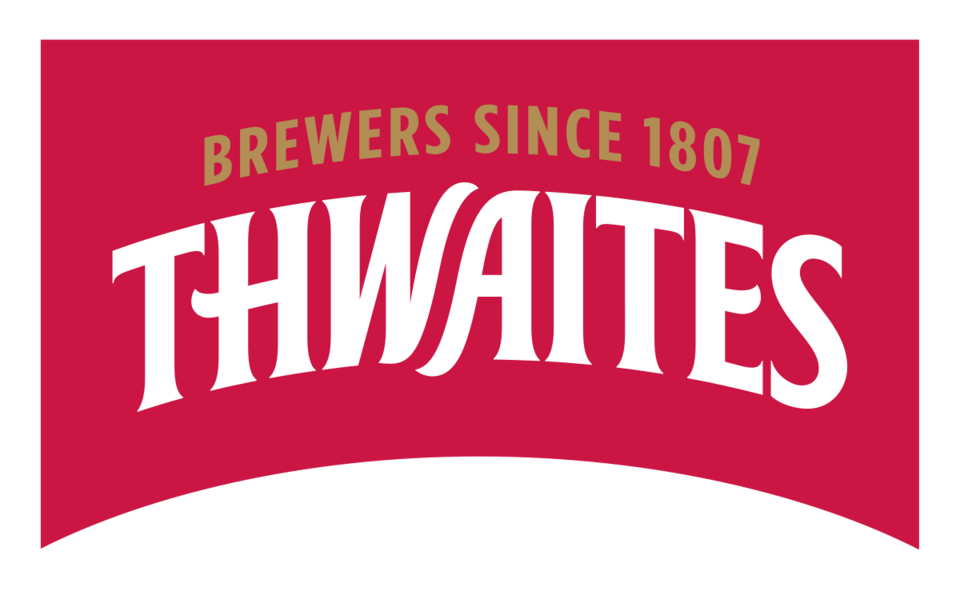