¿Quieres una cerveza con mucho cariño? Something like that, in Spanish-speaking countries, people offer their friends a beer. The eventful brewing career of the guys behind the Vier Vogel Pils began with such a sentence. You can argue about her knowledge of Spanish, but not about her fabulous beer.


Craft beer from friends for friends

On a research trip in 2012, four friends not only came across scientifically interesting things, but also immediately uncovered a terrifying grievance: Colombia enchants its guests with breathtaking nature, warm people and culinary delicacies, but you look for a good Pils for a long time. And when you sit on your balcony after a day of hard work, you sometimes just need a wonderfully cool glass of Pils - at least that's what our four friends, the young people behind the Vier Vogel Pils, thought. A lucky coincidence should help: The boys met the exile German Edgar, who more or less voluntarily and under strict conditions opened the gates of his brewery for them. In order to be able to brew their beer in his sacred halls, the brewer wanted the boys to come up with their own recipe, finance their own ingredients, develop labels and then drink the beer. Or at least looking for someone to drink it.

The curious name of the beer comes from a phone call between friends and their brewer buddy. "What did you birds do with my brewery?" Asked Edgar, surprised and surprised what the boys got out of his kettles. Strictly according to the purity law, the researchers brewed an excellent beer, which not only delighted them and Edgar. German Pils was now served on Sundays in Colombia. When duty ordered the boys back to Germany, the hobby brewers had to leave their paradise and suddenly had no more brewing equipment available. After numerous attempts with the shared washing machine were less successful than desired, the friends fanned out and looked for a new friend. Brauhaus Hartmannsdorf GmbH turned out to be the perfect partner and has been brewing the fantastic Vier Vogel Pils for our four favorite birds ever since. In addition to the Pils, which is more or less considered the best legal export hit in Colombia, the Dresdeners also have a cold-hopped shandy in their portfolio.
Dry throat? Don't worry, these birds are not threatened with extinction. 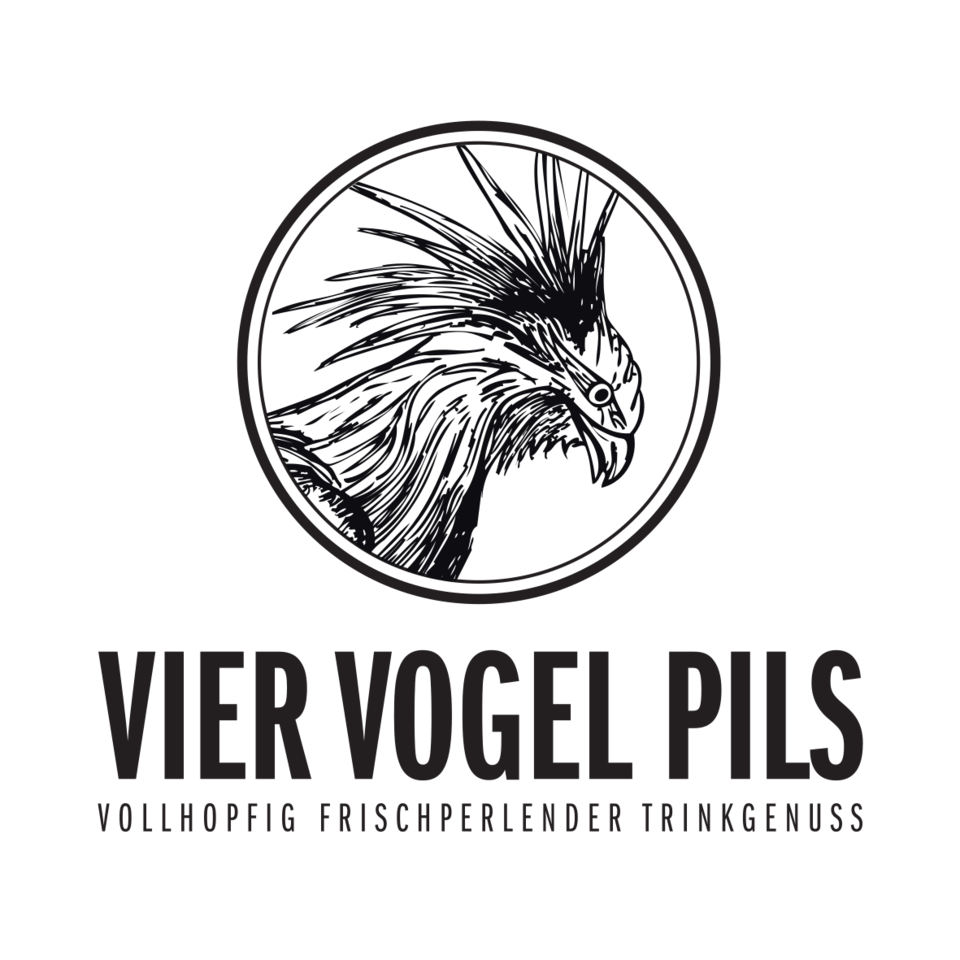