Everything is bigger in America - the burgers, the cars, the pools and the beer? "Big beers" is the promise of the Weyerbacher Brewing Co. from Easton, Pennsylvania, and it means above all the alcohol content. These beers from the States have, with some 13.5% vol., Significantly higher alcohol revolutions than most German beers. But it's not just the alcohol content that catches the eye: a brightly colored court jester with three bells on his horned cap adorns the brewery's logo. The labels are just as imaginative and eye-catching: Funky monks dance, carry huge beer kegs around or fly in hot-air balloons, which on closer inspection are oversized berries. You can also find frogs, ravens and pumpkins with Halloween faces on the bottles of the Weyerbacher Brewing Co., which was founded in 1995 from a rental stable.

In order to stand out from the steadily growing competition in the craft beer scene, the former home brewers of Weyerbach Brewing Co. have come up with a concept. "Big" is the key word and is defined by the founders Dan and Sue as the goal of producing strong beer with a rich taste and the highest quality. The Weyerbacher Blithering Idiot Ale and the Merry Monks Ale started a whole range of high- proof signature beers with a full-bodied taste and the characteristic bizarre labels. To give the beers additional character, many types are aged in old bourbon barrels.

Weyerbacher Brewing Co. offers its customers a wide range of different beers. From seasonal specialties to everyday classics to festival beers and beginner-friendly craft beer, everything is represented that makes the beer drinker's heart beat faster.

Popular evergreens are beers like Tiny , which is anything but small with its strong, chocolaty taste, or Berry Monks , which impresses with its sweet fruitiness. In the taproom of the Weyerbacher Brewing Co. you can convince yourself of the high quality and the extraordinary taste of the beers, and those who do not want to travel the long way to America will find an exclusive selection of Weyerbach products in the Bierothek®. 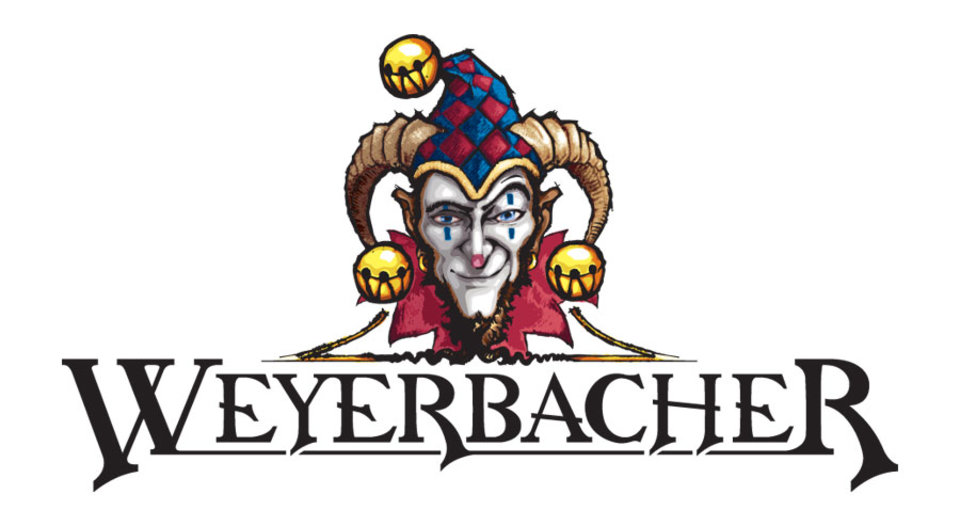