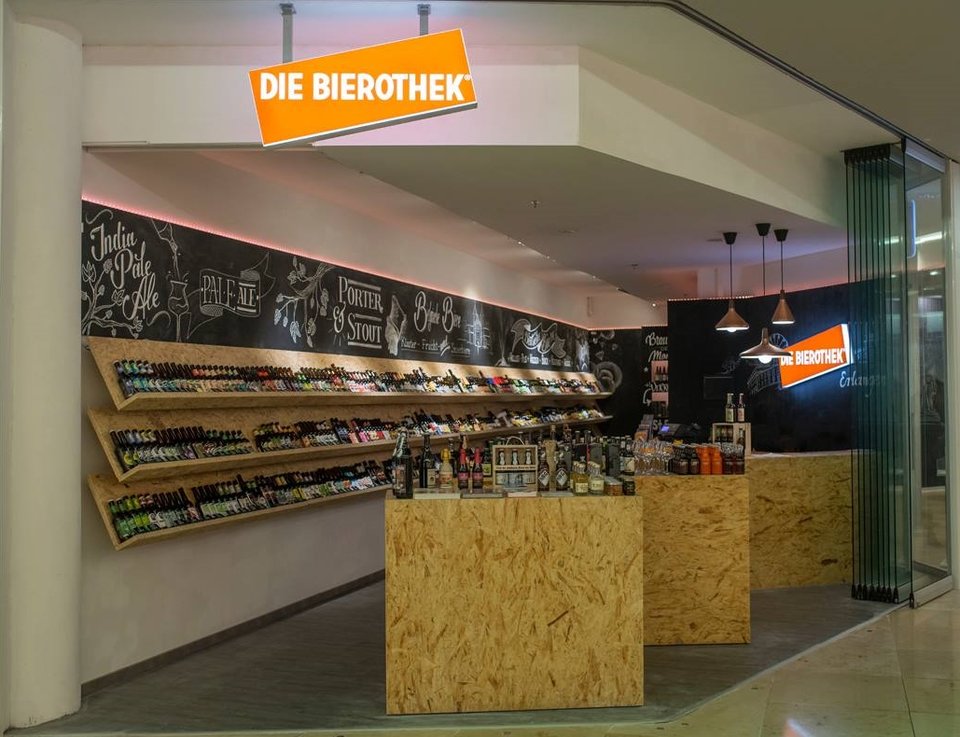 Welcome to the Bierothek® Erlangen!

In addition to bookstores, electronics stores and boutiques, a beer retailer looks exotic. What initially seemed a bit bizarre has become reality in the Erlangen Arcaden - without losing its exotic character. The Bierothek® Erlangen has been the city's first point of contact since 2015 when it comes to unusual beer specialties , international craft beers and conventional beer-related products. With well over 300 selected beers from all over the world, one or the other holiday experience can be imported straight to your home. New products are also regularly provided, because the beer range is constantly updated. In addition, the Bierothek® organizes beer seminars and themed tastings at coordinated dates in order to get to know the background to selected beers and their combination with various dishes. Do you have any further questions about beer? Then just stop by at Nürnberger Straße 7 . The Bierothek® Erlangen is looking forward to your visit!

If you have any questions about the Bierothek® beer seminar in our craft beer store in Erlangen or about our range of international craft beers, unusual beer specialties and special beers, please feel free to contact us - we're happy to help!

The house beer of the Bierothek® Erlangen

The house beer developed by Bierothek® Erlangen is named after a real Erlangen original: Erhard Königsreuther, known as "Pinsl", who was known as the self-proclaimed king of the Bergkirchweih. He exchanged a beer in many Erlangen pubs with pictures he painted himself, which is why a brewed memorial for him was long overdue - the Pinsl® Pale Märzen - the house beer of the Bierothek® Erlangen. Here you can order the Pale Märzen to your home.

Bierothek® Magazin: Which beer is your favorite beer?
Aron: "A question that is impossible for me to answer. It all depends on the situation. But I can think of two beers that I could enjoy at any time at the moment: Alphatier NIPA from BrewAge and Duchesse de Bourgogne from Verhaeghe. Two beers that couldn't be more different - but turn my head every time. "
Bierothek® Magazin: Which is the most extraordinary beer in the Bierothek® Erlangen?
Aron: "What is extraordinary to one person may seem normal to another, but we have many beers that few people would consider the norm. One of my favorites is the Gose With Raspberries from Sakiškių Alus. This beer shows how Tradition and unconventionality can go well together and the broad spectrum in which beer can move. "
Bierothek® Magazin: Which beer do you recommend to craft beer newbies?
Aron: "Before I recommend a special beer, I always speak out intensely to not try just one! Tastes are very different and even depend on the form of the day / situation. If it is really just one thing, I have very good experiences with cold-hopped lager like DAS HELLE made by Tilmans or the Triple 20 made by Mashsee. But it is important to talk to the "newcomer" about his preferences in taste and to get him excited about the thing. "
Bierothek® Magazin: What was your first beer?
Aron: "Since I was interested in the topic of beer and its enjoyment very early on in comparison, I can only narrow down the brand. With absolute certainty it was probably one of the malty light country beers from Franconia, which were my favorites for a very long time. Very I also like to remember the first Cola Wheat with my father on vacation or from very nice hosts in Middle Franconia, even if my taste has now moved away from them. "
Bierothek® Magazin: How and when did you come across the topic of "beer"?
Aron: "As already mentioned, as a Franconian there is no getting around the topic of beer. I have always been a big fan of diversity and craftsmanship. My horizons expanded enormously in 2012 when a friend brought me beers from the USA. My first IPA (Sierra Nevada Torpedo) opened a door behind which there is a meadow of flowers where I still dance today. And suddenly I couldn't stop trying more and more different compositions and above all trying to "missionize" everyone around me. "
Bierothek® Magazin: What does it mean to you to be a store manager in the Bierothek®?
Aron: "As a store manager, I see myself in the position of a brand ambassador for the product and the idea of craft & creative beer. Here I can live out my passion for beers and bring them closer to a broad masses. I am firmly convinced that we are not here only move in a brief hype, but the awareness of high-quality beers with character will continue to grow and establish itself. It is unbelievable fun and joy to be able to help shape it from the very beginning. " 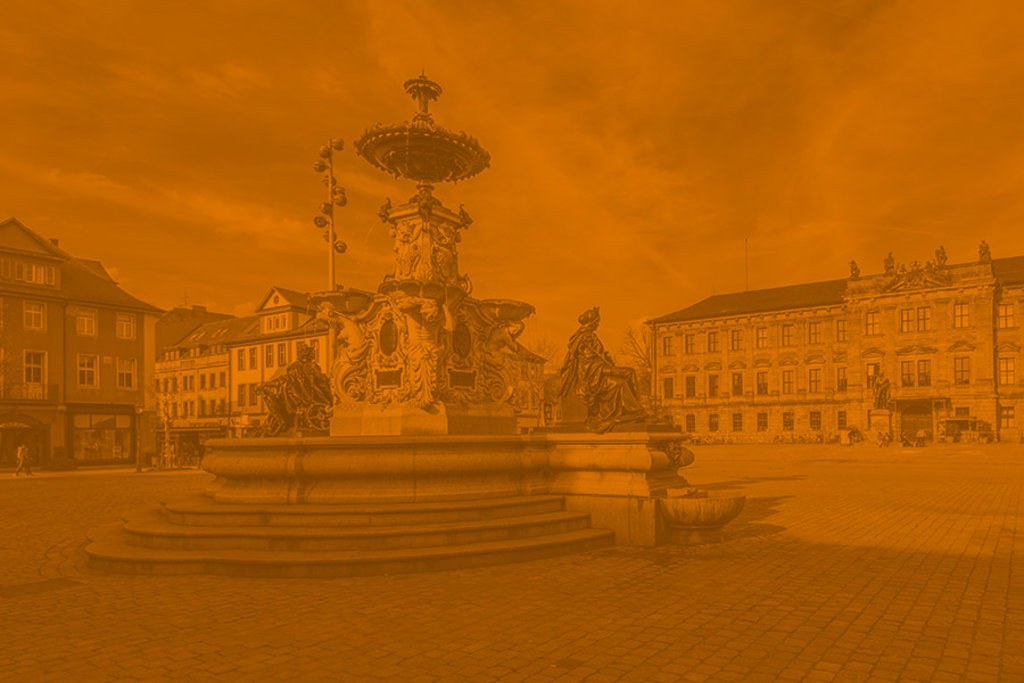