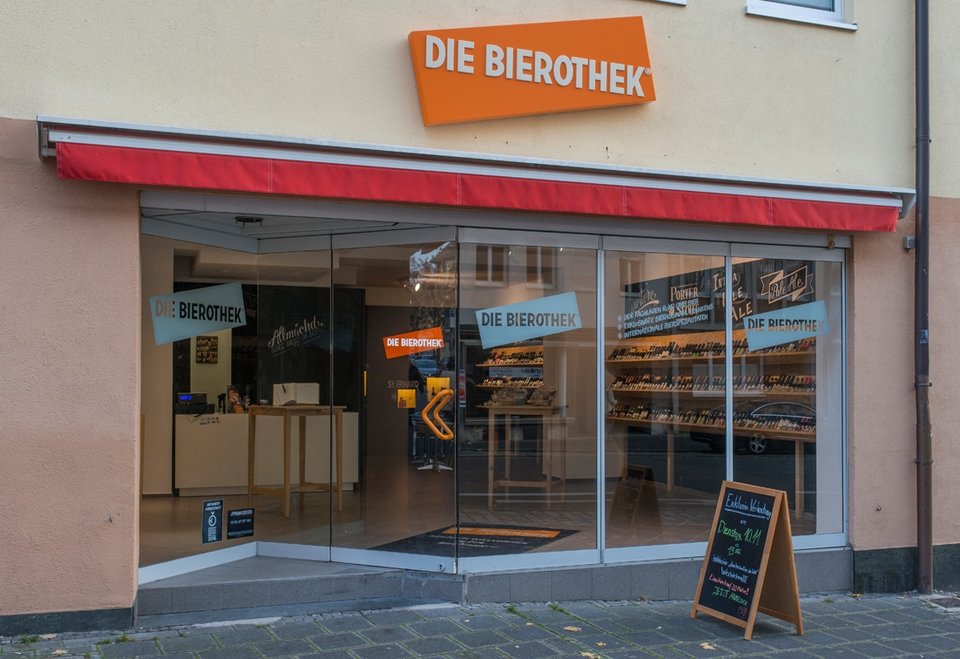 Welcome to the Bierothek® Nuremberg!

Beer and Nuremberg - this combination has been a perfect match for centuries. A specialty shop that offers Franconian, German and international beers - that hasn't been around at Noris for too long. Since the Bierothek® Nürnberg opened its doors in 2015, it has stood for concentrated expertise in the field of beer specialties and, of course, has more than 300 different beers of various styles and countries of origin. Anyone looking for exotic brewing styles or international beer specialties is guaranteed to find what they are looking for in the wide selection of the Bierothek® Nürnberg . And if you lose track of what is on offer, our trained staff will be happy to advise you. In addition, at our regular themed tastings you will learn everything you need to know about our respective beers and how you can best combine them with various dishes. Just have a look at 6 Äußere Laufer Gasse . The Bierothek® Nürnberg is looking forward to your visit!

If you have any questions about the Bierothek® beer seminar in our craft beer store in Nuremberg or about our range of international craft beers, unusual beer specialties and special beers, please feel free to contact us - we will be happy to help! 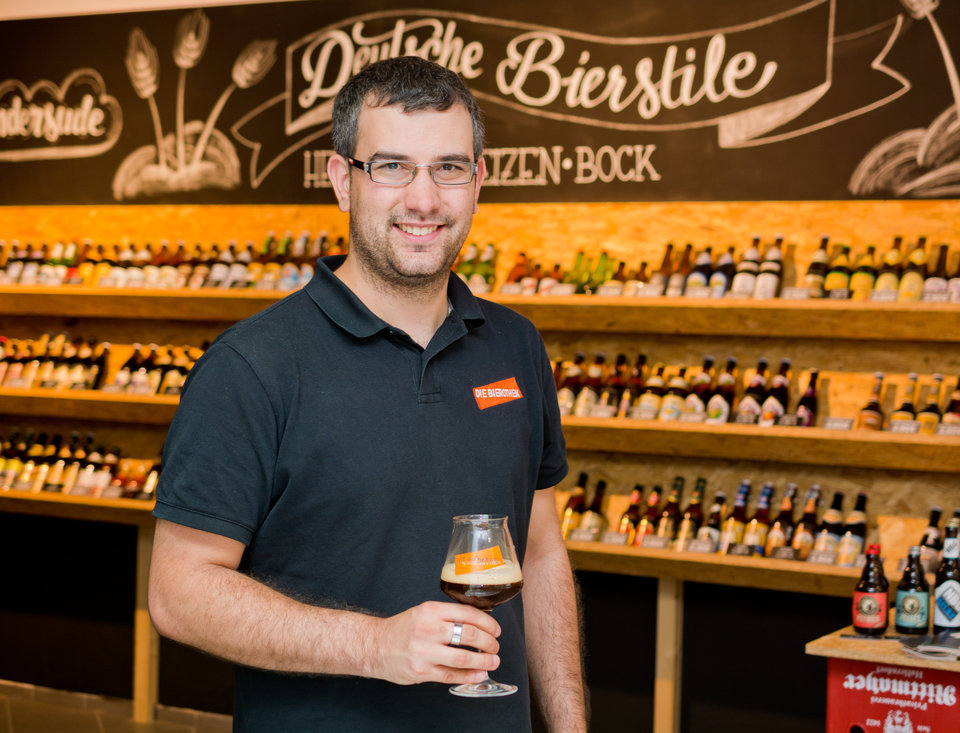 Bierothek® Magazin: Which beer is your favorite beer?
Steffen: "Definitely the Faust brewer reserve from Miltenberg. A mighty barley wine that has been fermented with a wine yeast from Churfranken. The beer matures in the deep treasure chamber of the Faust brewery in an oak barrel for up to a year and completes its wide range of aromas. Fruity and malty notes are paired with hints of sherry, wooden casks and prunes. An absolute dessert or digestif beer. "
Bierothek® Magazin: Which is the most extraordinary beer in the Bierothek® Nuremberg?
Steffen: "There are a lot of extraordinary beers. Above all, beers with additives are very special. I am thinking primarily of the cucumber Gose from the brewery Hertl with tons of cucumber in the brew. But also the Beard Beer from Rogue, the one with one Yeast was brewed, which was bred from the master brewer's whiskers. Above all, it is a very polarizing beer. "
Bierothek® Magazin: Which beer do you recommend to craft beer newbies?
Steffen: "At the beginning it should be something that is not too overwhelming. For a complete start, traditional German beer styles, such as the beers from Tilmans or Mashsee training camp and Beverly Pils, are often suitable. But also with light pale ales or one Not too strong, slightly sweet Porter, you rarely go wrong when you get started. The most important thing is that the customer knows what he is drinking and that he is given proper advice! "
Bierothek® Magazin: What was your first beer?
Steffen: "That was definitely a light wheat beer from the Faust brewery. When I was young it was the beer that was always in our cellar. So it was the logical consequence that it will also be my first beer."
Bierothek® Magazin: How and when did you come across the topic of "beer"?
Steffen: "You can easily get to beer in general through society. However, it is not always the ideal introduction to this luxury food. I definitely got to craft beer through the internet podcast" Men’s Evening - The Series ". I actually only got through it accidentally became aware of this program and then became a regular listener. A short time later I was allowed to go to the Braukunst Live in Munich together with the boys. This is how it came about. Since 2014 I have been a permanent member of the "Men's Evening" and After Dennis and Sven, I have most of the airtime of all current participants under my belt!;) That's how the idea for our own beer shop came up! "
Bierothek® Magazin: What does it mean to you to be a store manager in the Bierothek®?
Steffen: "I'm living my dream! You could say it so briefly and simply. Since the moment at the first Braukunst Live, I dreamed of living independently with (craft) beer and with the Bierothek® this dream came true. Often heard you also have the saying of me: "I don't go to work - I go to have fun!" And that's exactly how it is. I love advising customers and getting them excited about new beers. But the best thing is seminars because you are here has direct contact and immediately notices the reaction. It means a lot to me and yes: "I'm living my dream". " 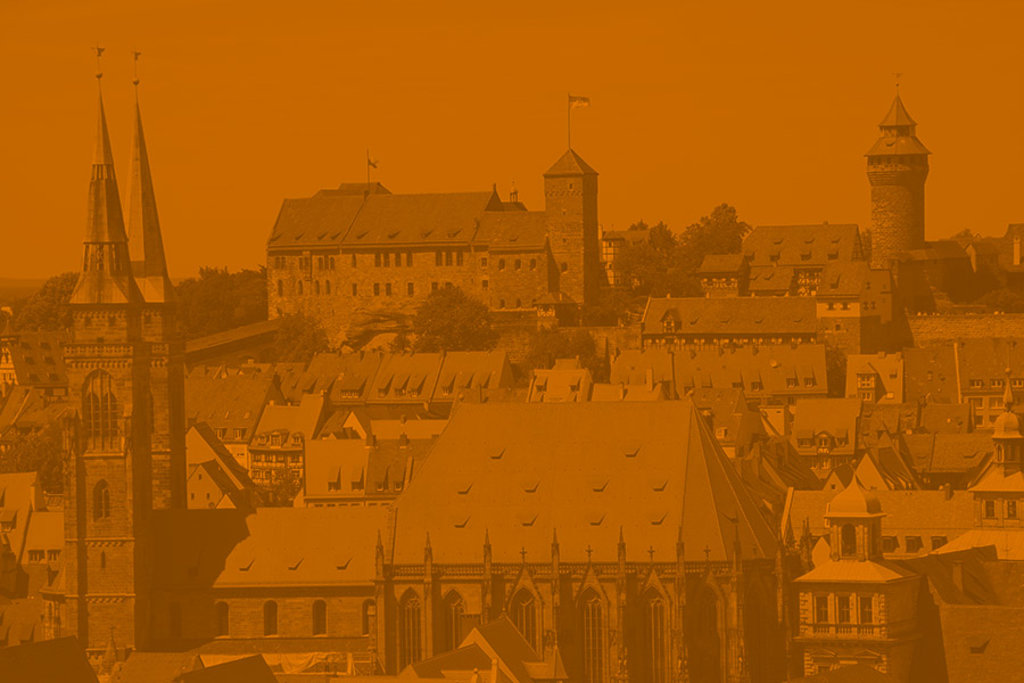