With roots going back to 1769, the Belgian brewery is one of the oldest in the country. With a sense of tradition and the desire to combine this with the demands of modern beer drinkers, the brewery has developed a range that is contemporary and traditional. The Bush is the brewery's specialty.

The founder of Brasserie Dubuisson is a distant relative of today's chef Hugues Dubuisson. In the course of 250 years of brewery history, the secrets and recipes have been passed on from father to son. Eight generations of Dubuissons stand behind the excellent beers of their brewery with heart and craft. For a long time there was a functioning agriculture in addition to the brewery. It was not until 1931 that the then head of the brewery, Alfred Dubuisson, decided to put everything on one card and give up farming. The turbulent history of Belgium did not leave the brewery unscathed and created a number of hurdles. However, none of this could stop the Dubuisson family from brewing. With passion and devotion, the family adheres to the principles that they imposed on themselves long ago. Their own independence is just as important to them as the naturalness of their beers: additives and artificial flavors have no place in Brasserie Dubuisson. In order to be able to guarantee the excellent quality, the Dubuisson family is involved in every production step and refrains from outsourcing parts of the beer production. But with all due respect for tradition, the Dubuissons are still careful to adapt their products to the modern beer market. With state-of-the-art brewing facilities and the establishment of two micro-breweries, the family shows that they are looking to the future with courage and enthusiasm.

Quality control from the hops

In order to really control all factors of beer production and to have an influence on the quality of the raw materials, the brewery decided in 2013 to grow its own hops. In Pipaix, Belgium, they found a place that is perfect for growing aromatic hops. Today there are around 880 hop plants on 1.2 acres of land, which climb the poles year after year and provide a great base for excellent beers. From the seemingly endless selection of fantastic hop varieties, the choice was made for the robust varieties Styrian Golding and Golden Kent. The Styrian Golding is the main variety and was chosen for its floral flavors. Golden Kent is a vigorous variety of hop that was planted on the edges of the field. It protects the valuable hops in the field. By growing their own hops, the Dubuissons honor the tradition of Belgian brewers and at the same time give themselves the opportunity to explore hops in all their glory. 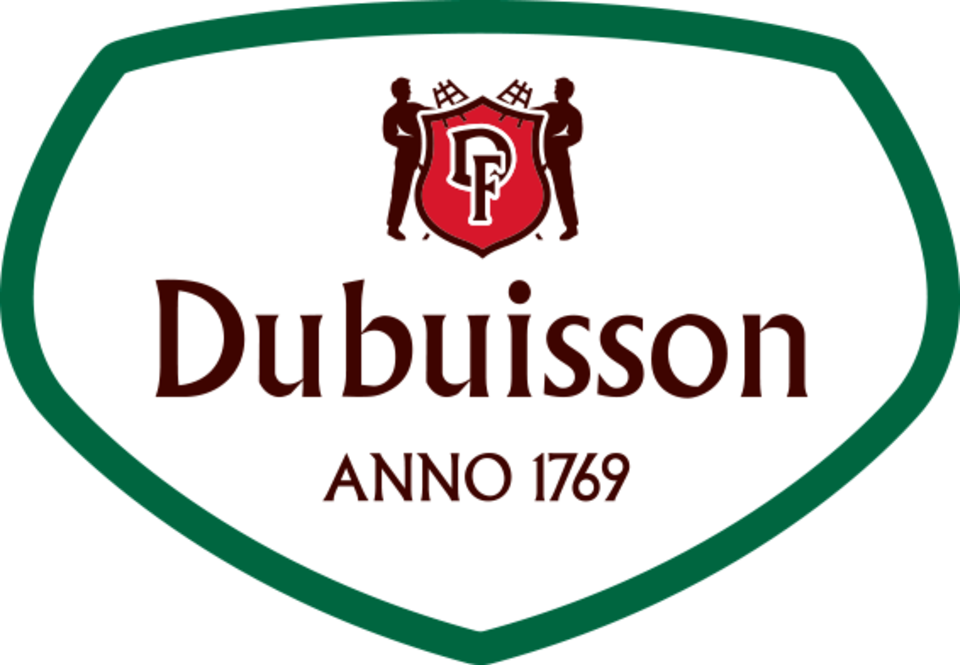