Veldenstein Castle towers over the small town of Neuhaus an der Pegnitz in Middle Franconia and is an authentic piece of history. The building from the High Middle Ages was probably built more than 1000 years ago and represents the architecture of its time with thick, fortified walls, an elegant lookout tower and a beautiful castle complex. The protective and defensive structure above Neuhaus is surrounded by the Veldenstein Forest. This wonderful piece of nature is part of Franconian Switzerland and, in addition to a large number of rock formations, also houses caves, wolves, which have become rare in our latitudes, and a species-rich flora. Castle and forest are a never-ending source of peace and inspiration for the people of the region and give the Veldensteiner brewery its name.

From communal brewery to family brewery

The brewery was officially founded in 1929, but by then brewing had been going on in Neuhaus an der Pegnitz for almost 500 years. In 1522, the townspeople received the right to brew beer and then built a communal brewery in which everyone could brew their own beer. The beer culture in Neuhaus flourished for the next few centuries, until the brewery became an official commercial brewery in 1929. From this point on, the residents of Neuhaus no longer had to brew their own beer, but could simply buy the fine brewed products fresh from the Veldenstein brewery. The descendants of the family responsible for this step are still at the helm of Veldensteiner and run their company with an awareness of craftsmanship, quality and the value of the region and its people. Over the years, the brewery grew and expanded its premises with a new building in the Auwald.

Bold steps into the future

In order to keep its finger on the pulse, the brewery has given its logo a fresh coat of paint. Graphic designer Heinz Möhrdel modernized the design using bright colors and placed Veldenstein Castle in the center of the label. Despite the somewhat more minimalist approach, you can feel a connection to the tradition of the brewery and the new look fits in wonderfully with the concept of the brewery. The Laus brothers are responsible for the wonderful beer from Veldenstein. With craftsmanship, high-quality ingredients and good ideas, they have developed a wide range of down-to-earth beers. Wolfgang and Josef can let their imaginations run wild in the Veldenstein beer workshop: there are no limits to the brewers' love of experimentation and they can try out old, long-forgotten recipes, innovative techniques and crazy ideas to their heart's content. The subject of beer is viewed from all angles here and the team gains valuable experience, which sometimes results in a new beer for the range.

Find a selection of the tasty beers from the Veldensteiner brewery here! 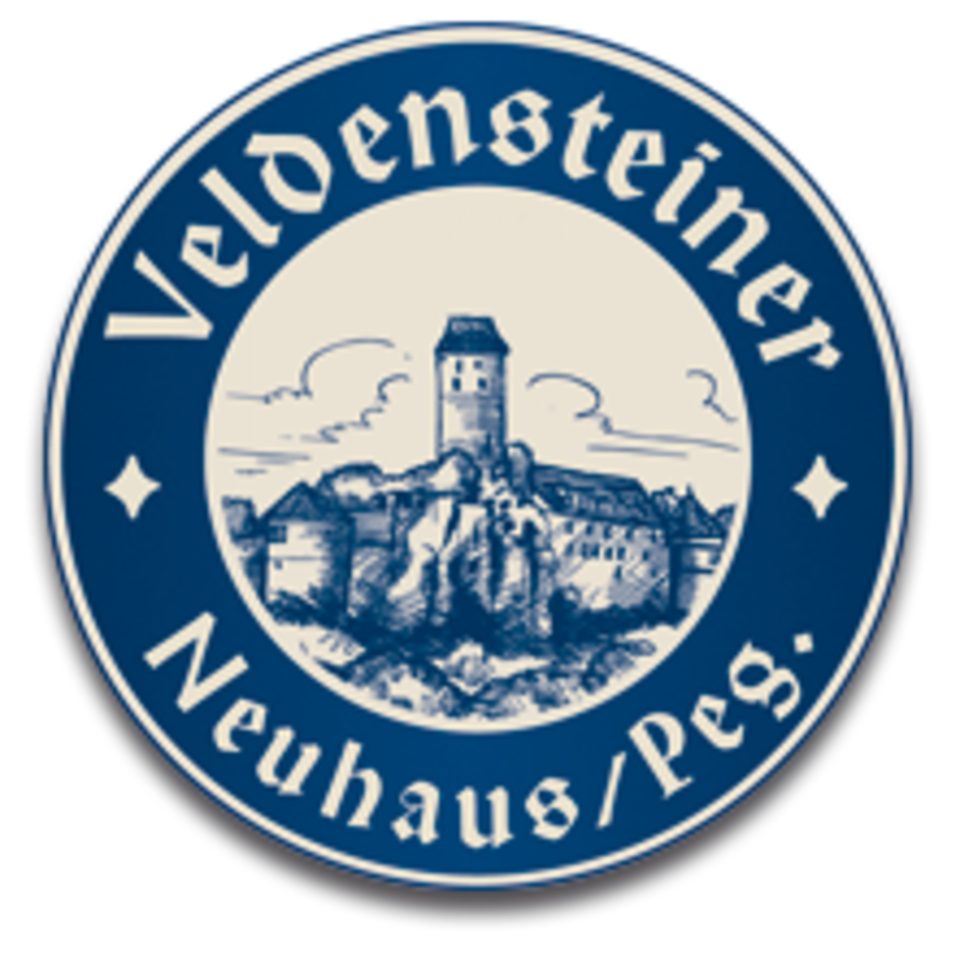