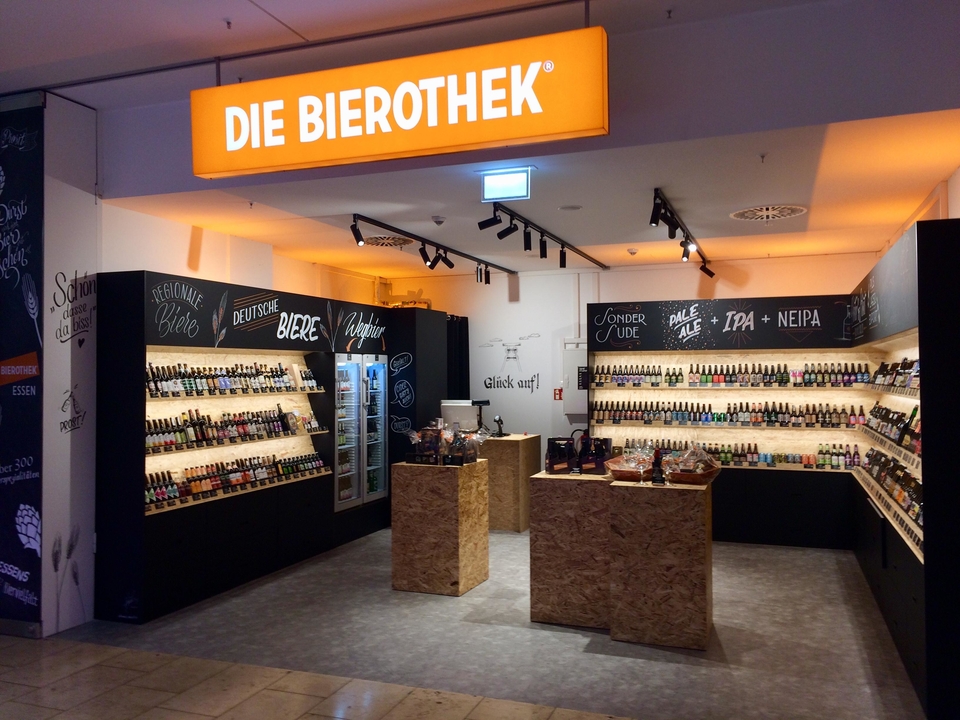 Welcome to the Bierothek® Essen!

In the lively city center of Essen there is everything your heart desires: countless shops, restaurants, sights, cinemas and much more. The unofficial capital of the Ruhr area invites its guests to shop, stroll and sightseeing - the Bierothek® Essen has been providing optimal refreshment afterwards since May 2019 . On the edge of the pedestrian zone in Limbecker Platz is the first point of contact for beer lovers, a true oasis of barley juice. The Bierothek® Essen offers its guests a wide range of more than 300 excellent beers . These include national and international craft beers, local beers and beer specialties for every occasion. In addition to the fine beers the Bierothek® also offers food of topics tastings and beer seminars where trained beer sommeliers expertise to share with friends beer. Our beer-loving staff will be happy to assist you in your search for your very own favorite beer and answer all your questions about beer. We look forward to welcoming you to the Bierothek® Essen!

If you have any questions about the Bierothek® beer seminar in our craft beer store in Essen or about our range of international craft beers, unusual beer specialties and special beers, please feel free to contact us - we will be happy to help! 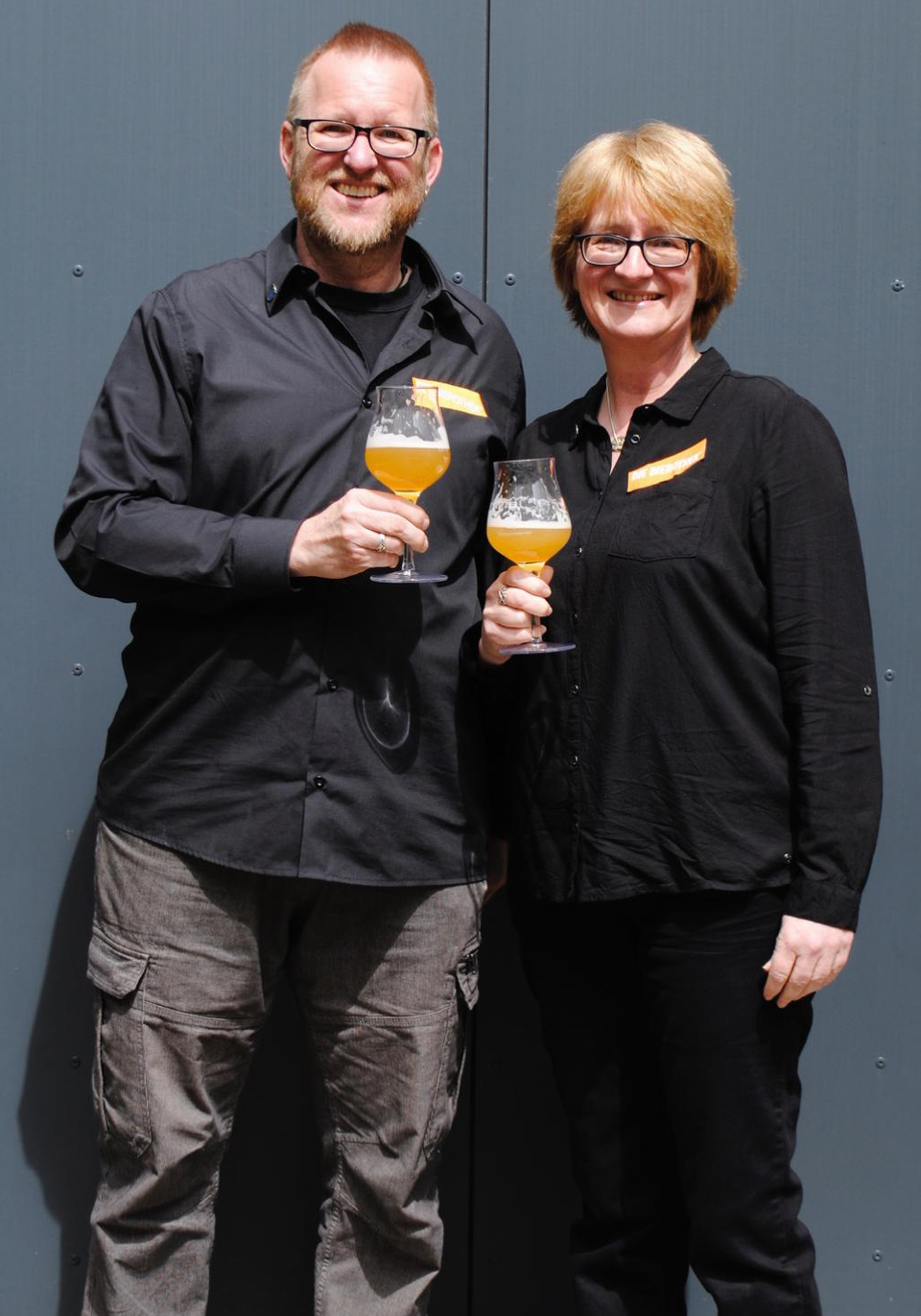 Bierothek® Magazin: Which beer is your favorite beer?
Markus: "In summer, I prefer hoppy beer with fruity aromas. Then I like to drink a good IPA, such as the Doldensau from Blech Brut or a New England IPA. In winter, I prefer dark beers such as the Noctus 100 von Riegele with nice notes of coffee and chocolate. It becomes particularly interesting when the beer has matured in whiskey barrels. "
Martina: "That's not that easy to answer, because it always depends on the situation and the season, what I like. In summer I love the sour beer with fruit. I especially like the fil, a sour beer with me Currants from Flügge and the Gose with Raspberries from Sakiskiu. In the colder months of the year, I like to have a stronger stout to end a beautiful day. The Chocolate Bear from Veto and the Black Nice from Hanscraft are my current favorites. "
Bierothek® Magazin: Which is the most extraordinary beer in the Bierothek® Essen?
Markus: "I think it's really exciting what goes into beer apart from the purity law. At the moment I'm excited about the truffle ale" Room 309 "from Hertl / Freigeist / Emma and the Chipotle Porter from Sakiskiu from Lithuania."
Martina: "In our range there are many extraordinary beers in terms of their raw materials as well as the variety of flavors. What impresses me personally, however, is the Schorschbock 57! An Eisbock beer with 57% alcohol, the strongest beer in the world! It is a real rarity in strictly limited edition. "
Bierothek® Magazin: Which beer do you recommend to craft beer newbies?
Markus: "After talking to the customer about their previous preferences, I can make suitable recommendations based on this. For example, anyone who has always enjoyed a bitter pilsner should try the Hopfentiger IPA from Veto. Lovers of dark beers, I can I recommend a nice porter or mild stout, such as the Irish Ulster Black Oatmeal Stout from Brehon as an introduction to the world of craft beers. "
Martina: "I see that as well as Markus."
Bierothek® Magazin: What was your first beer?
Markus: "Since I come from the north, it was definitely a Pils. I also know exactly when and where it was - but that would lead too far here ..."
Martina: "I actually remember that very well. It was on a school trip, a Jever Pils in Jever issued by the teacher."
Bierothek® Magazin: How and when did you come across the topic of "beer"?
Markus: "I grew up with Pils in the north, but even then I was always looking for other flavors when it came to beer. At that time, my first“ exotic ”beers included Kölsch, Alt and Andechser Doppelbock. Later on, I mostly have dark beers until I got to know the new variety of beer together with Martina for the first time at a beer festival in Düsseldorf. Since then, beer has become my passion and I'm always looking for new discoveries. "
Martina: "In Wuppertal I grew up with Wicküler beer, which was brewed in my immediate vicinity. Due to the geographical location of Wuppertal, there was always not only Pils in the pubs, but also Alt and Kölsch and later also increasingly wheat beer. So I've always been interested in a wide variety of beer styles and beers from the region I visited were always one of my highlights on my holidays. But the craft beers in particular cast a spell on us on our American vacations together and sparked our passion for creatively brewed beers! After we were happy to sell craft beers from an American brewery at beer festivals in North Rhine-Westphalia last year, the next step was training to become IHK-certified beer ambassadors in order to expand our expertise. "
Bierothek® Magazin: What does it mean to you to be a store manager in the Bierothek®?
Markus: "Since you spend a large part of your life at work, it should definitely be fun. In the Bierothek I can combine this perfectly. There I can share my passion and my expertise with others and contribute to that, my customers always to get excited again for exciting beers. "
Martina: "I am very happy when I can infect people with my enthusiasm for good beer and our customers feel well advised by us. It is particularly important to me to get women excited about beer and to show them that it is beer in the most varied, aromatic flavors beyond the "Pils taste". " 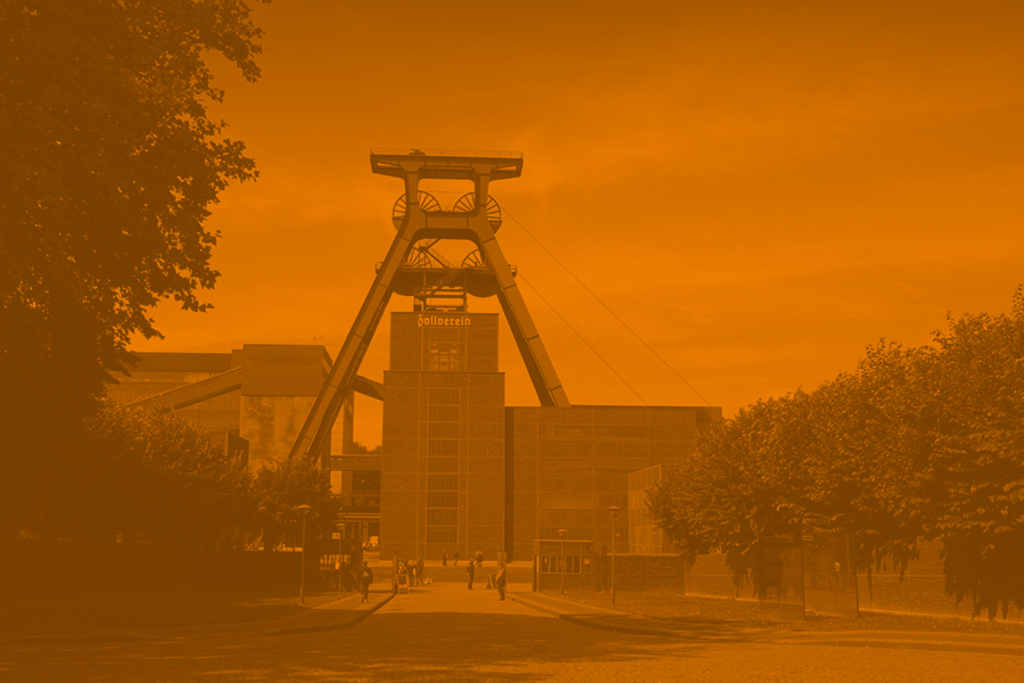