Chefs are known for their fine taste buds and a sense of flavor pairings. Your capital is your well-trained palate and the knowledge and experience from years of work in the kitchen. Brewers need very similar skills for their work, so we are not surprised that so many cooks have defected and traded the spatula for the mash paddle.

From saucepan to kettle

When Sanne and Martijn started brewing their own beer, both were still full-time cooks. The brewing trade should only fill their private cellars and refrigerators with extraordinary, homemade beer specialties. Just a year later, the two were at a point where there was no getting around their own label. On the spur of the moment, the two chefs quit their jobs and set about transforming their tasty hobby into a professional company. Two Chefs Brewing was born and the first move was imminent: Production slowly took on more serious moves and the brewing chefs moved into a warehouse in Amsterdam with sacks and bags. With the new freedom came new possibilities. More and more exciting types of beer could be experimented with and word of the results spread quickly. Demand increased and the two chefs were able to hire their first employee: Ralph quickly established himself in the growing company and, in addition to his two helping hands, brought a lot of ideas and expertise with him. The team kept growing and the warehouse in north Amsterdam was soon bursting at the seams. By means of a crowdfunding campaign, the enthusiastic team collected a lot of money, with which they wanted to realize their dream of their own brewing system.

In 2016 the time had come: Two Chefs Brewing moved with all the children into their first own brewery. With the new brewery, there was even more support and the design also underwent a general overhaul. Despite moving, acquiring colleagues and all sorts of other obligations, the two bosses have never neglected one thing: the beer. Over the past few years, the Two Chefs Brewing range has developed from a small, experimental base to a variety of creative, sophisticated and exciting craft beers. Month after month the brewery launches new fantastic creations and delights its fans with one hop-filled taste bomb after the other. A very special project is the Evolution of IPA series, which presents different styles and forms of India Pale Ales. From the British IPA to the West Coast IPA to the New England IPA, all categories of the craft beer classic are represented and will turn your head with a variety of hoppy flavors! 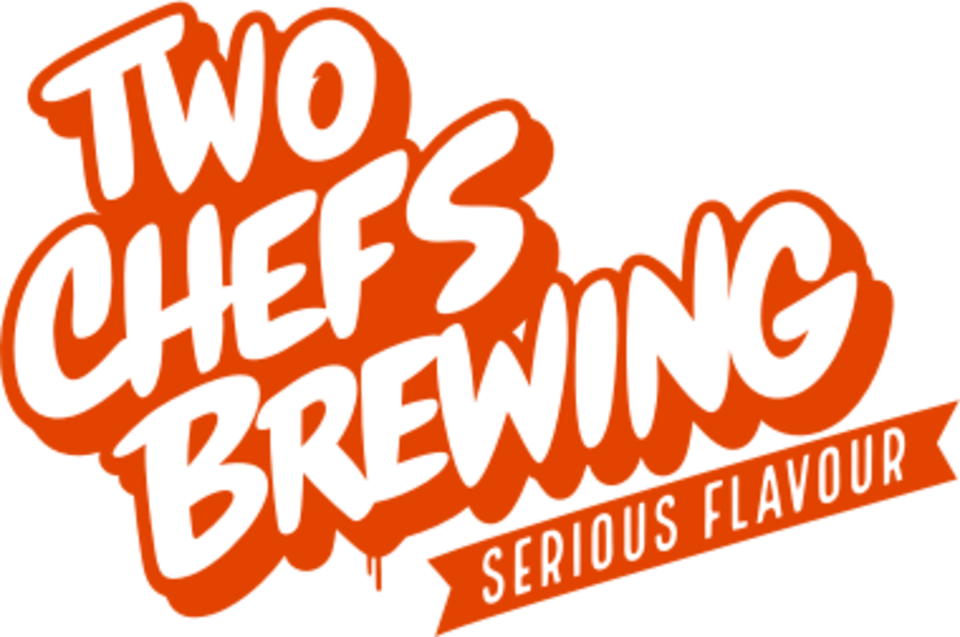