The hipster among the craft beer brewers is clearly Benedikt von BlechBrut: With a cap on his head, trendy label designs and stylish in the can, BlechBrut is on fleek. Bamberg's Gypsy Brewery brewed its beer in the sacred halls of the ancestral Camba brewery in Gundelmachen right from the start. Nevertheless, BlechBrut stands out quite clearly from what the loan brewery produces. The very risk of reselling beer in cans is a unique selling point in times when cans are more about cheap beer than great enjoyment. To counteract this reputation, Blechbrut scores with minimalist labels, creative names and excellent beers.

Fresh wind in the kettle

Blech.Brut has made it its mission to bring new momentum to the dusty beer tradition. In the centuries-old brewing business, young faces are needed to transport beer into the new millennium and into the heads (or stomachs) of new beer consumers. Benedict has the ambition to break the horizon of the Franconian beer drinkers, to allow them to think outside the box and to expand their perception of beer. In short, with BlechBrut he wants to stir up the Franconian and international beer scene in an elegant, artistic way and offer Schlenkerla drinkers a trendy alternative.

Benedikt Steger, the head and body behind the Blechbrut label, decided after a few trial semesters in various courses and an insight into the seriousness of making a living, to make his fun with beer official. In Mönchsambach he learned the craft of brewer and maltster. In Berlin, London and Paris, the finished brewer sniffed the city air and acquired everything that a future avant-garde in the beer scene needs. He made good contacts and got to know brewers who were already well known. This is how he came across Enzo Frauenschuh from the Camba brewery, who would later give him and his project a home. Steger plans to work with artists and illustrators in the future in order to do justice to his concept, the Art Brut, the spontaneous, raw art of lay people, so to speak. 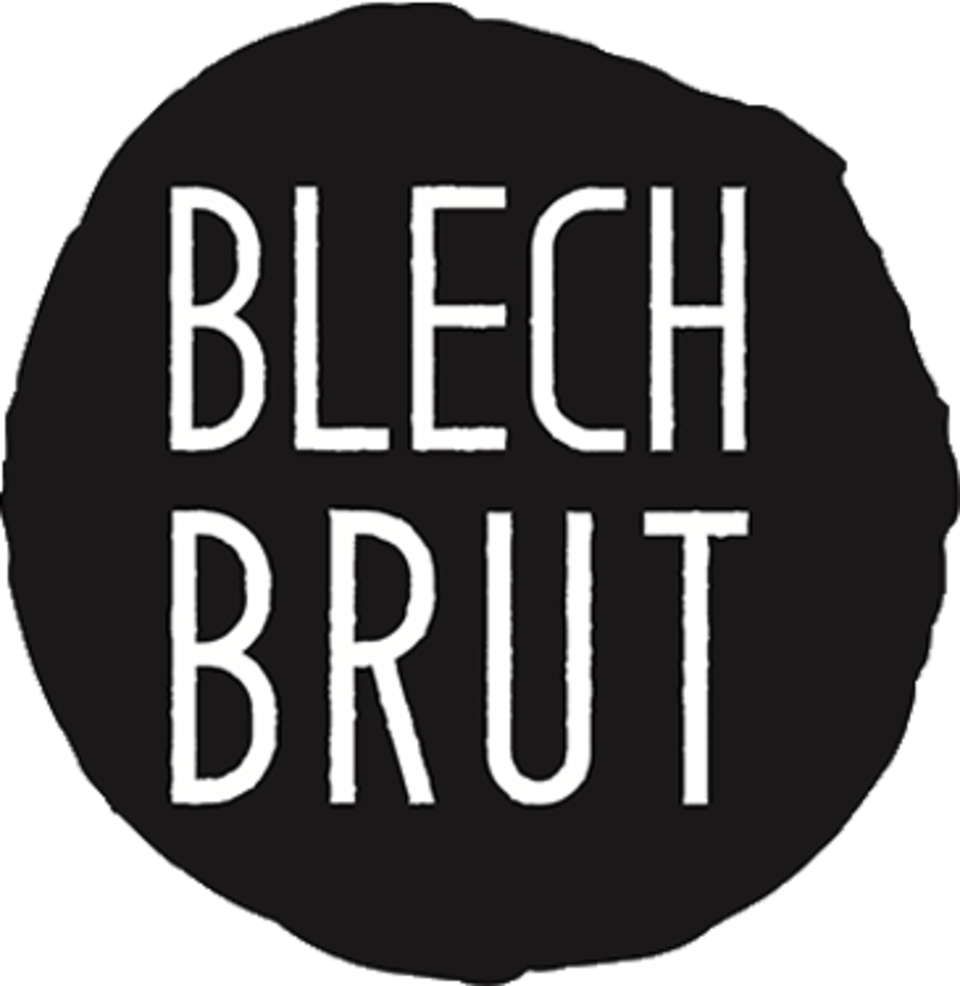